It's nice to have an excuse to blog and I need to keep myself honest. For any photographers that come across this entry, thanks for inspiring and sharing your work. It's a cold, cruel digital world for those of us who have not achieved Influencer status. Know that your things may still appear in Google search and will be appreciated by people that never get around to clicking or commenting.


And you know what? Your photos don't have to be perfect to matter. I've taken to using old, manual focus lenses on Fujifilm gear. Sometimes the focus isn't quite right and the image still tells a story.

If you happen to find this post and have gotten this far, thanks for helping keep Blogger a viable platform. We need digital commons with some semblance of continuity. If you love photography and are really excited about things you have seen and images you have captured, I'd love to read your comments. That's what really matters in a disposable digital world.

It is time again to blog into the infinite void that is the Interwebs. It's been almost a year since I have given this place some love. In that time, Spawn the Younger started and completed her first year in college, Google+ died, Facebook had a dozen or so scandals, and Twitter became an even worse cesspool. So here I am.

Honestly, I wasn't sure about using this space again after Google abandoned the G+ project. What's to keep them from shutting down Blogger at random? I don't know the answer, but the content has to go somewhere and that somewhere is definitely not Facebook.

Anyway, let's test out integration with Google Photos. Remember when that was all on Drive and that was integrated with G+ and Picasa? Good times. Let's pull a photo or two... 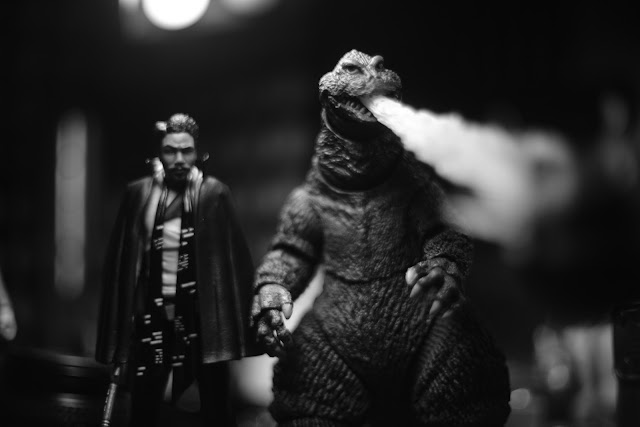 Okay, this is a very good sign. I was able to select an image from a Google Photos album or one that had been imported to Google Photos from my phone. In this case, I had downloaded images from the Fujifilm X-H1.  My love of vintage glass continues, unabated. Lately, I have been nerding out on fast glass. This is as captured with an Olympus PEN F 42mm f1.2. With selective focus, who needs elaborate lighting or a proper set? 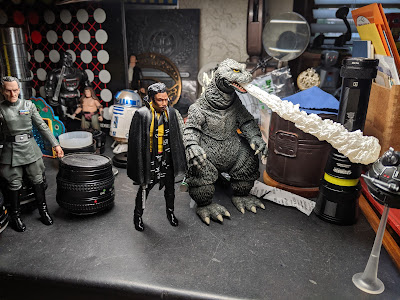 The desk is an absolute mess. My recent glass fetish involves adapting lenses from 16mm and 8mm film cameras for use with the Fuji, a Pentax Q, or Nikon V3. Most of them are from the 1940s - 1960s and have old, gummed up lubricant. I've been doing a lot of lens surgery to take out gunk and put in brand new helical lube imported from Japan. 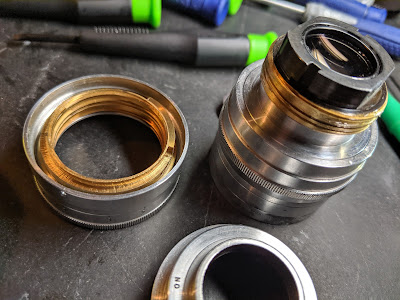 This beast shines with a Fuji sensor and processing. It's a C-mount Cooke Ivotal 50mm f1.4 from the early 1950s. It was almost seized up. With fresh lube, it was my walk around lens for street photography at the August First Fridays in the Kansas City Crossroads. Here are some out-of-camera samples. Yes, I want all of you to lust after old glass. After all, what modern camera equipment would be usable sixty years from now? 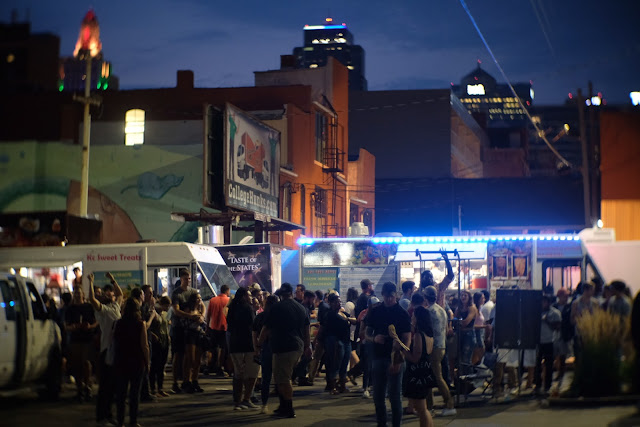 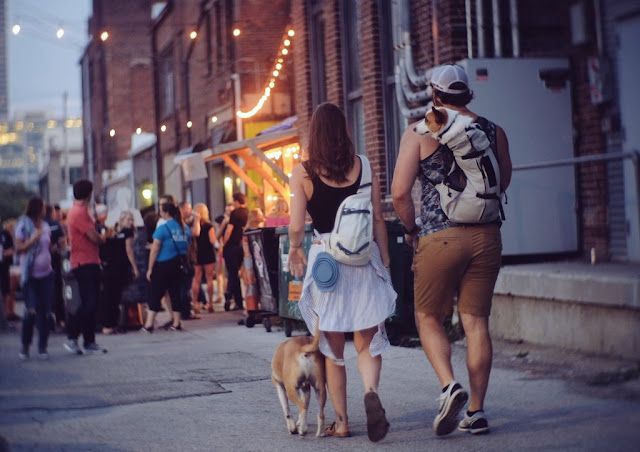 Want a cinematic look? Cinema camera glass is just the thing you need. 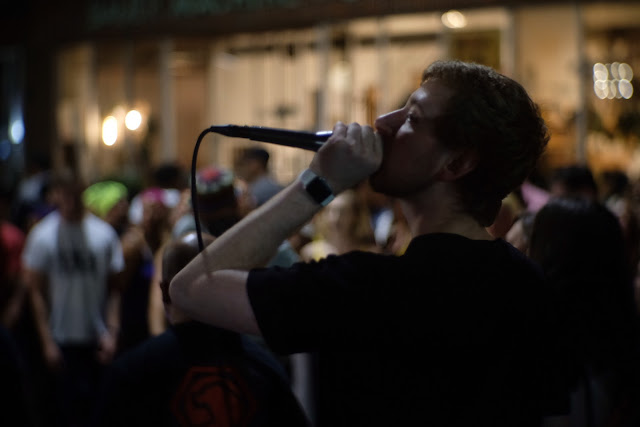 Yes, I am in love with this lens. 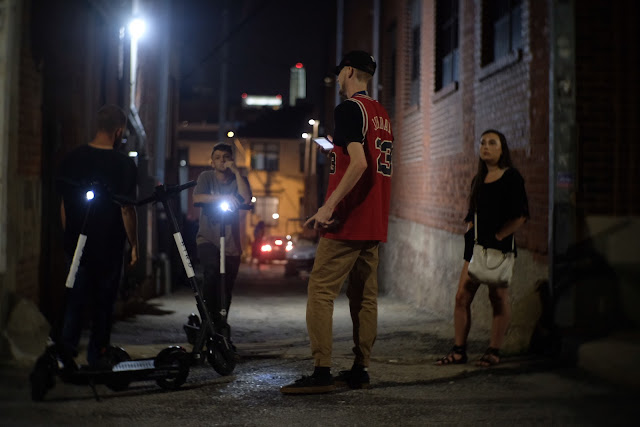 There's a story behind this photo. Stop here if you don't want to read a short story and a mini-rant. 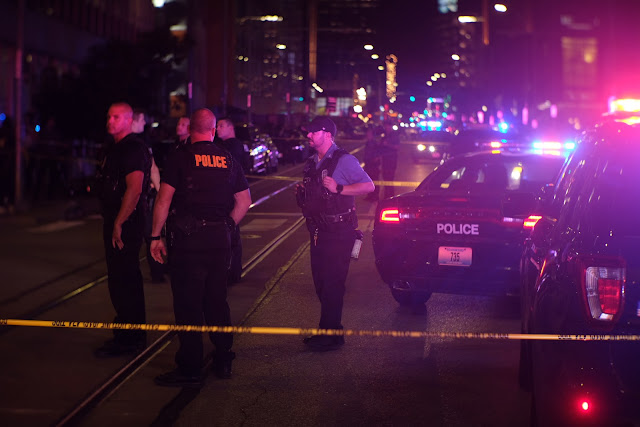 Last weekend, America was on edge after another couple assault weapon slaughters by angry, young men. At around 10:00 PM, a series of fast shots rang out in the KC Crossroads among the huge First Fridays food truck crowd. I was up the street - downloading images from the Fuji to my phone - when people came screaming up 18th Street. I wasn't going to be the last person visible and we all just assumed it was a mass shooter with an assault rifle since that's the American brand nowadays.

So run I did. No photos or video. I am serious about street photography, but not serious enough to be shot. I turned out to be an angry young man with a 9mm that he emptied into a crowd at random to make a point to the rival kids who were running the other way. A 25-year-old woman was killed. And after almost 15-years, First Fridays is now an ominous thing.

Enough is enough, ya'll. The Crossroads I know is so civilized that two police officers can calmly tell a mobile DJ that it's time to break up a street party and a few hundred people just cooperate. (Photos from 2015). Anyway, we're all better than what this country is becoming. 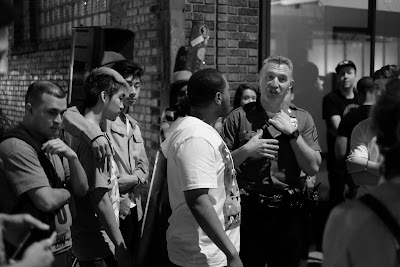 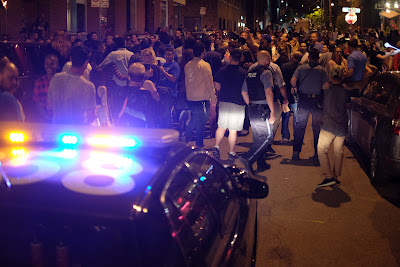 Thanks for dropping by. The Internet is vast and most of us are just tossing bytes into the void. I genuinely appreciate your time and will continue to post here until the lights go off at Blogger.