Someone had better snag this gem off ebay in a hurry! It won't last long at 50% off. As in it is now $75 plus shipping. But it works! 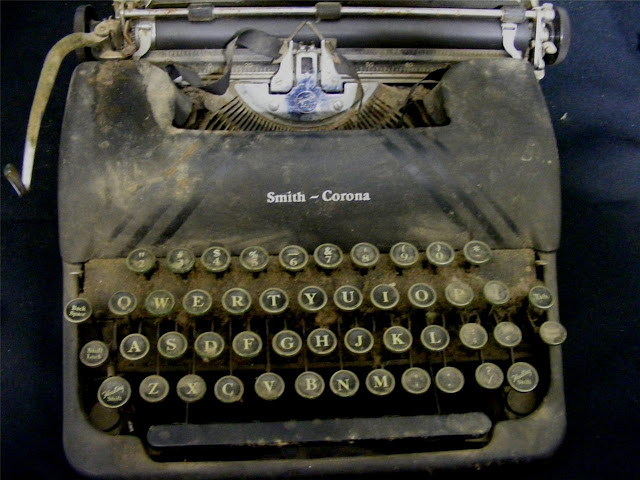 Sure, it may need a little elbow grease.

Someone in the Typosphere needs to save this machine! The keys will be irresistible to the key choppers with wedding season right around the corner.

Last chance, peoples! Look for it on ebay as item number 190820286562. This diamond in the rough can be yours for a mere Benjamin. Did I mention that it works? Here is all the proof you need:


Okay, I have to confess that I'm having a little blog writer's block. I have a draft post with photos I like and the narrative just isn't coming together. <sigh>  At least I can count on never having a sarcasm block. 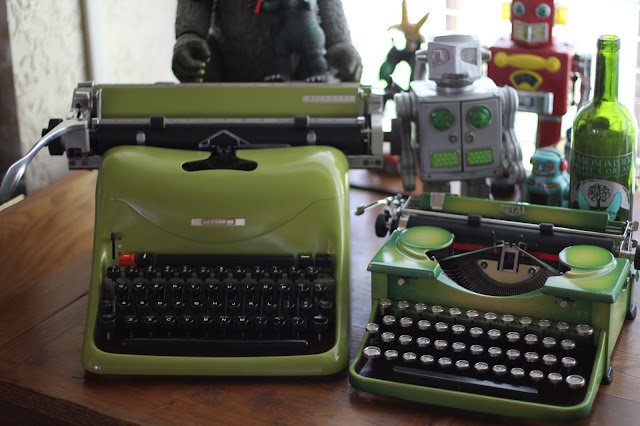 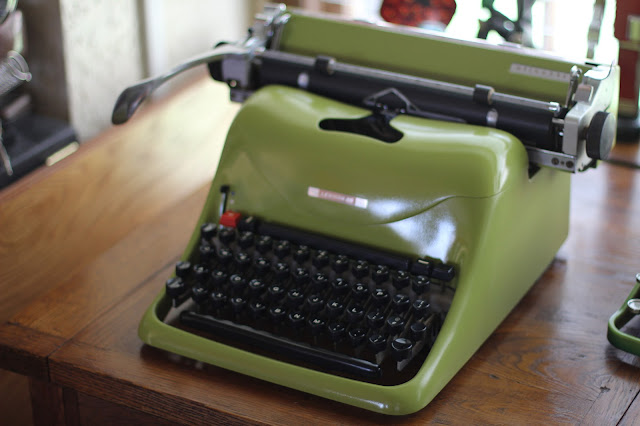 This appeared on ebay a day too early for April Fool's Day. It is still pretty funny! Behold an "untouched" machine!
Here is a part of the description:

You are bidding on a Woodstock Number 4 Antique typewriter. This piece has been sitting covered , indoors for over 70 years. If you're looking at this then you know what it is - THE REAL DEAL.

We have lightly cleaned it but will allow the winner to polish , clean, buff , oil and make any adjustments.

Everything seems to work just fine and we dont see any missing parts at all. It is a true antique that has been untouched or fooled with. 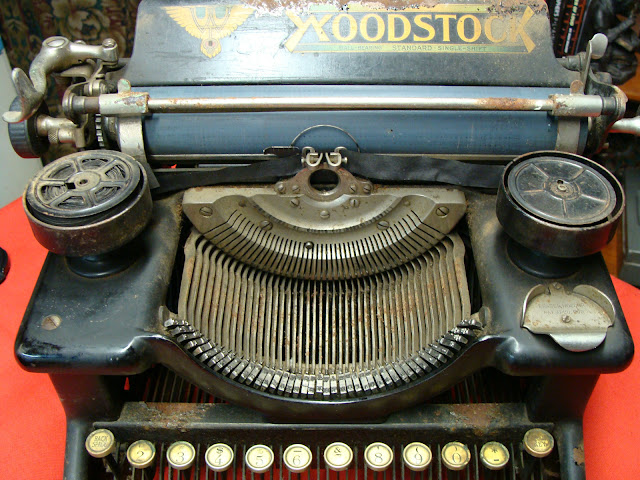 Thank goodness this machine hasn't been touched or fooled with! Happy April Fool's Day, everyone! 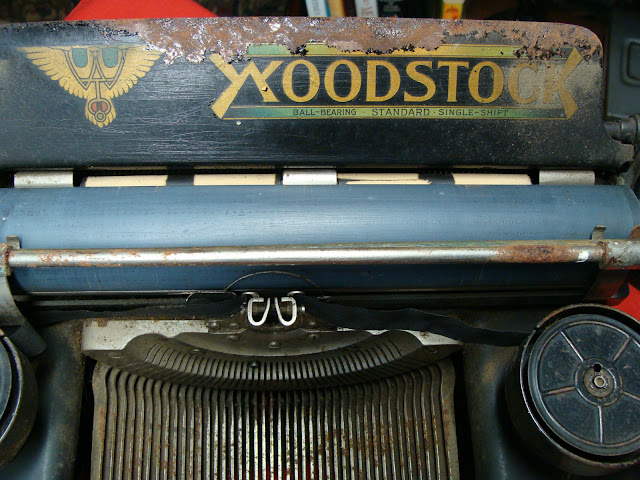