The Terror of the Violin Master Class

So, you want to be a professional violinist?  You have many years of learning ahead and perhaps you will never actually be done.  Welcome to the terror that is the violin master class!

Our oldest daughter is a violinist in her high school chamber orchestra and in the Olathe Youth Symphony.  Her private instructor plays with the Kansas City Symphony in the new and fabulous Kauffman Center for the Performing Arts.  Your sincerely non-musical blogger has happily been immersed in a world of music.  As a matter of fact, Hannah is practicing in the living room as I write this.

The Kansas City Symphony is working hard to engage the public.  The master class is a unique way for a large audience to watch accomplished, rising musicians be critiqued by even more accomplished professionals.  Our professional for the day is none other than Vadim Gluzman.

The story of how Vadim Gluzman came to spend extra time in Kansas City goes back to an early supporter and mentor, Issac Stern. The Kansas City Symphony is blessed to have his son, Michael Stern, as its conductor.  In addition to watching the master at work, we enjoyed hearing a lively discussion between Mr. Gluzman and Mr. Stern about how their musical lives have evolved.

As for the master class, I might have exaggerated slightly about the terror.  Mr. Gluzman was gracious and professional.  Hannah said that the session looked like one of her lessons.  Except for the part about being on a stage... in front of an audience... with one of the best violinists in the world. 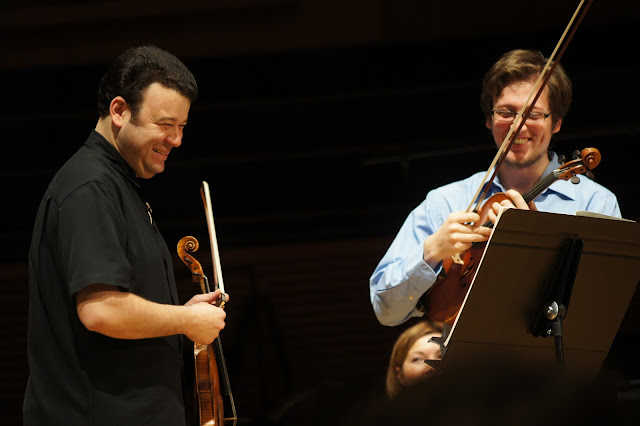 It works like this:  the young violinist plays and the master follows with a critique on everything from rhythm to technique to presentation.  Many of his tips were related to making the violin sing smoothly as would a vocal artist. 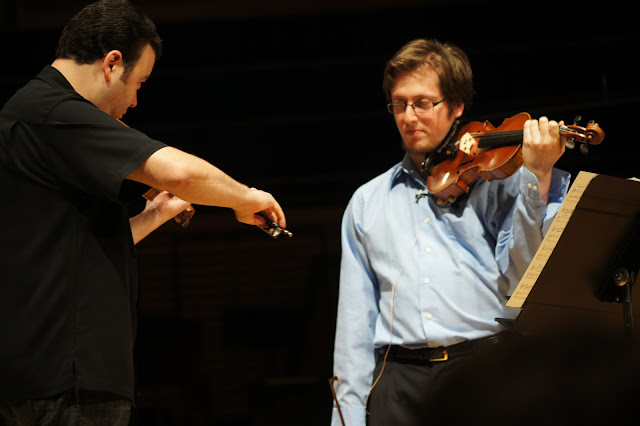 One of the pleasures for the audience was getting to hear the master play an instrument with pedigree:  the 1690 'ex-Leopold' Stradavari.  Words cannot adequately describe the sound this partnership has achieved.

As mentioned in the first caption, the bow hold is something that can always be improved upon.  I think this made Hannah feel better about her bow trials and tribulations.  It is kind of funny that he is tapping an elbow with a bow that is worth as much as a house. 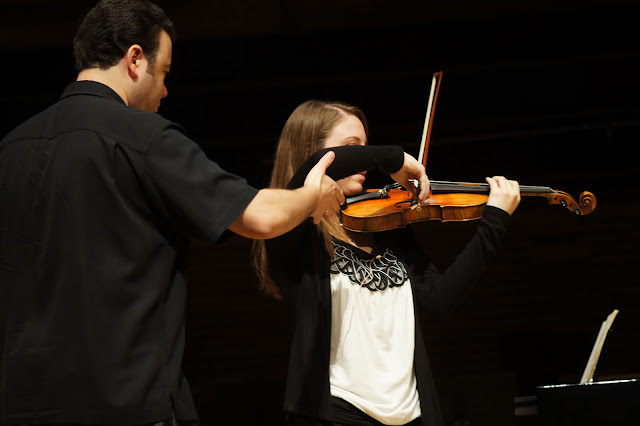 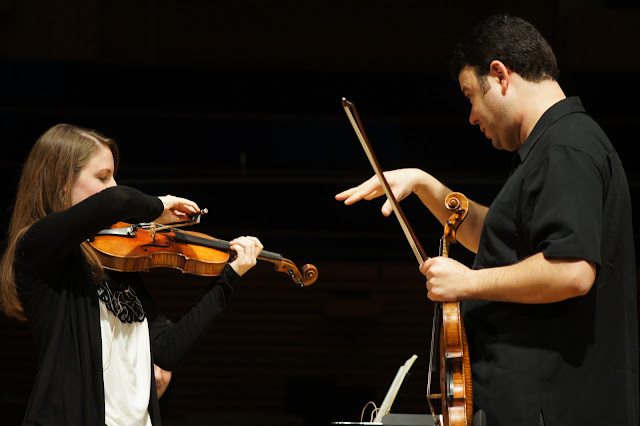 At any level, teaching is about the relationship formed between the teacher and the student.  This particular student has been playing for 17 years.  At this level, four-plus hours of practice a day would not be unusual.  It takes a very strong ego to accept coaching in front of a crowd. 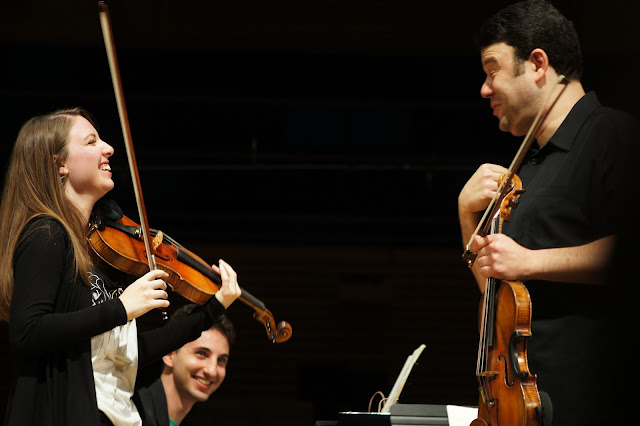 The master class was followed by a question and answer period.  Hannah has been been playing since fifth grade and started to develop the permanent violinists' "hickey" where the chin rest hits back in seventh grade.  One of the dads in the audience had a daughter that was just starting out and inquired about the spot so prominent among the performers onstage.  He left with a better idea of how much commitment and hours of practice are ahead.

Also during the question and answer period, a member of the audience presented a piece of music retrieved from the National Archives.  The piece was by the composer of one of the student performances.  It was in the composer's hand and otherwise unknown.  Mr. Gulzman and Mr. Stern studied it; the latter commented "This isn't music!  It's torture!".  The former promised to give it a chance. 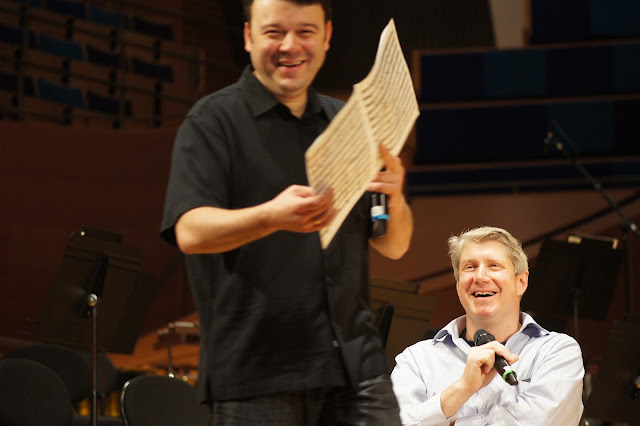 For an interview from a local TV station, visit http://kcstage.blogspot.com/2012/10/vadim-gluzman-interview-on-fox-4.html

As always, thanks for reading!  In case you are curious, these photos were taken with a Sony NEX-3 outfitted with an adapted Olympus PEN-F 100mm f3.5 lens (circa early 1960s).  Shots are handheld, manual focus, shutter priority with manual exposure adjustment by the brightness histogram.  My Canon 60D is too conspicuous and the shutter is too loud for this kind of session.