I received a slightly grubby and fully functional Triumph NORM 6 and decided to try spiffing it up with an automotive cleaning product. It had the usual dust, some pencil shavings, and that general scuzzy film that accumulates in the high touch areas. Being a totally scientific type, I went to Target and looked at what auto detailers were available. 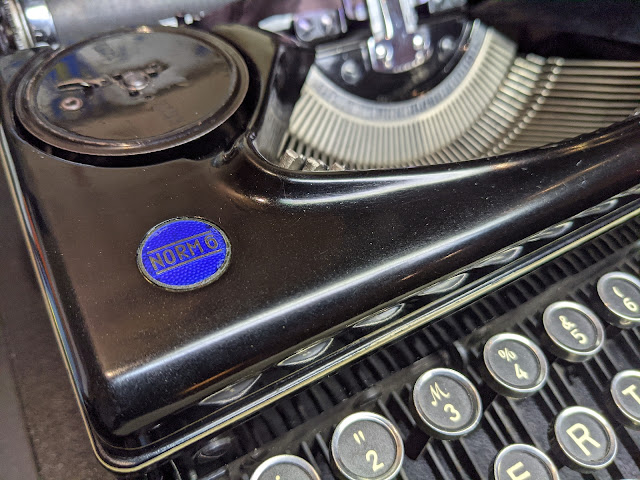 The tricky thing about Triumph typewriters from this era is that the body is painted steel and the top section is molded Bakelite. I figured that a detailer made for modern paint and plastic should be okay on this machine. I'm very pleased with the results, and it only took ten minutes and one ArmorAll Ultra Shine Wash Wipe. I stayed away from the decals, and the rest was easy. 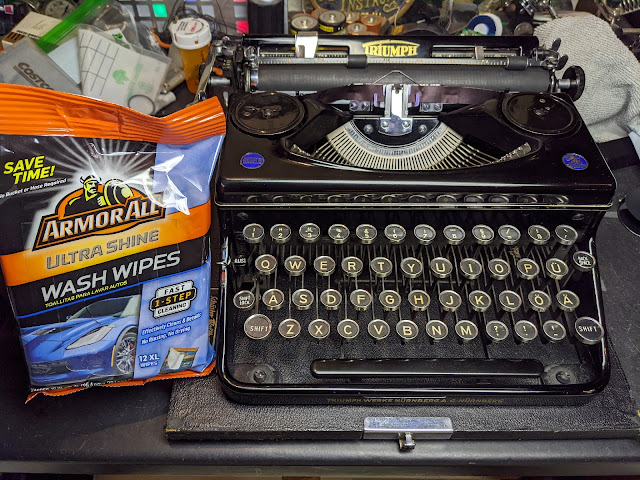 Here is a before image to give you an idea of what the ArmorAll product can do. 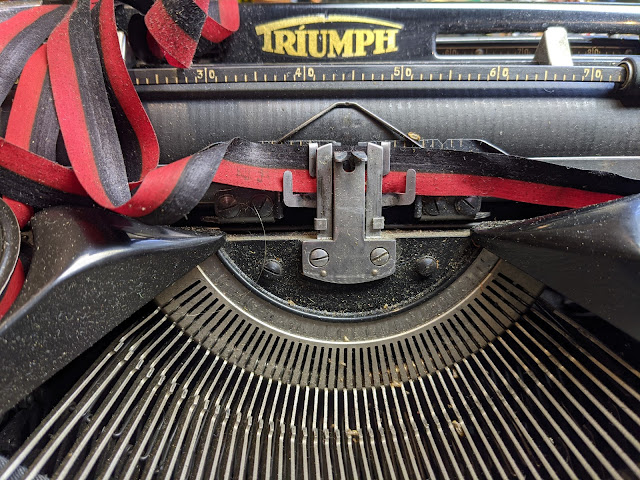 I wasn't planning on getting a second NORM 6, but my maroon machine is too rare for me to feel comfortable taking things apart to get the platen recovered. This one popped up on ebay and sold cheap. I've also been working on an Erika M. It's a beautiful machine, but I like the snappy feel of the Triumphs just a bit more. 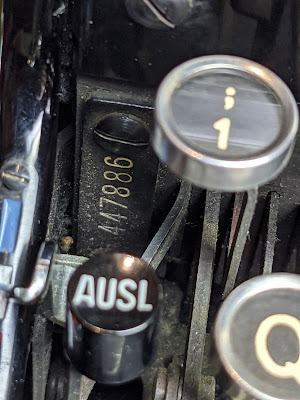 According to the Typewriter Database, this machine was manufactured during WW-II in 1943. typewriterdatabase.com  As with many wartime machines, it was likely brought back to the U.S. and a mechanic switched the Z and Y. The base still has the original seller's plaque, shown here as is and with the not very good Google Lens translation. 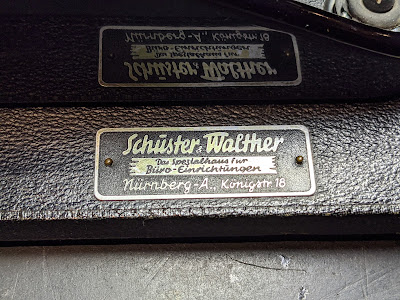 The address comes up in search as currently housing a beauty supply store. Here's an image from the era before streets were taken over by cars. 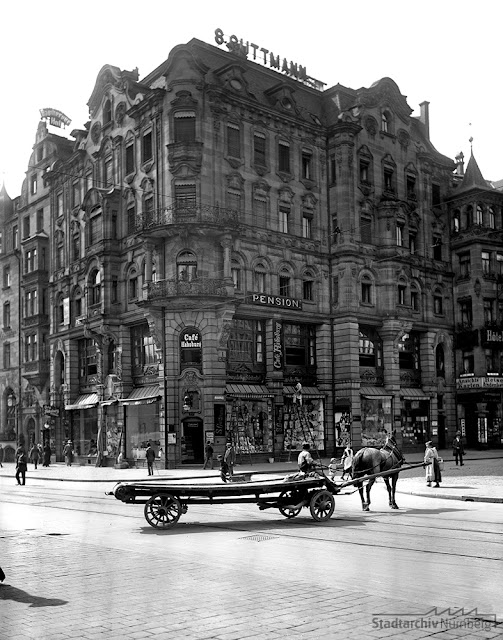 In case you are interested, here is a link to my other Triumph NORM 6. It has some additional backstory and links to other Typospherian writing. 1938 Triumph NORM 6  I'll take better photos of the 1943 machine later. I wanted to get past perfectionist's blogger block and get something published. Besides, I really needed a break from pre-election noise.
Posted by Dwayne F. at 9:30 PM