No Kitty Cat Pajamas Allowed: Typed with a Campy Aristocrat 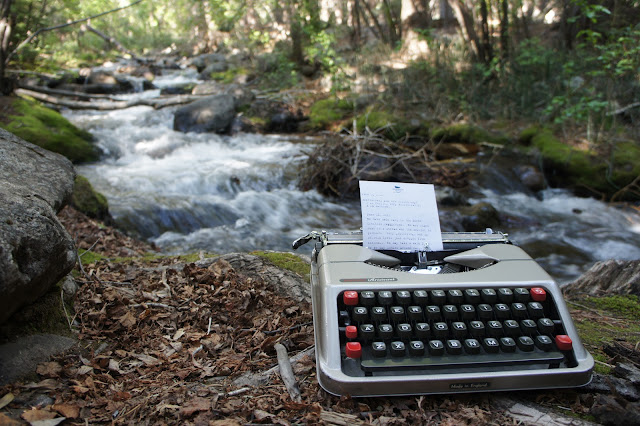 Welcome to the first of several posts from our most awesome family vacation to the San Luis valley in southern Colorado.  We were unplugged for a good portion of the trip.  I brought along my one compact typewriter, a Hermes Baby clone branded as an Empire Aristocrat.  I bought this last year after looking at the Hermes version.  I can't say I like its stock paint colors.  Besides, the Aristocrat has a somewhat universal keyboard with pound and dollar signs.  I also like the glitzy red keys apparently ripped off from Olivetti. 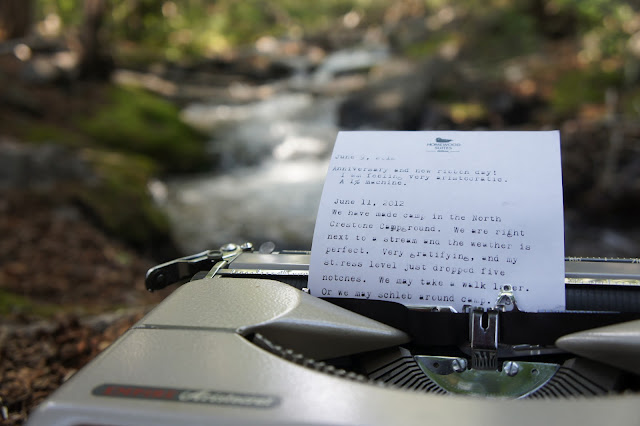 This most awesome typing locale was right behind our campsite.  The rushing white water is great for sleep and for causing the family to make multiple trips to the pit toilet. 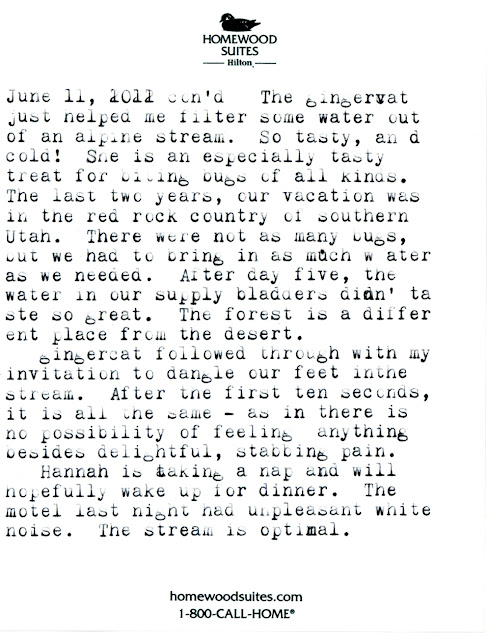 And now for the sorry story behind the "No Kitty Cat Pajamas" camping dictum.  As you read the following typecast, realize that I was sleep deprived.  I got the sequence a little mixed up.  We most decidedly did not go camping last year after this not-so-pleasant episode.  The event in question happened after primitive camping on the Cedar Mesa in southern Utah.  The closest cell tower was around 30 miles away.  The closest neighbor was perhaps 5 miles as the crow flies.  That is the way I like it.


Now you know how we roll.  We aren't misanthropic.  We don't necessarily hate people.  We just want our dose of nature to not involve loud humanoid noises in the night.

Here are a few more images of the Empire Aristocrat.  It isn't a bad little machine.  At some point I will have to try a small Olivetti or Skywriter.  Unlike some Typospherians, I actually like the short throw on the Olympia SF and Socialite machines that were gifted to my daughters last year. 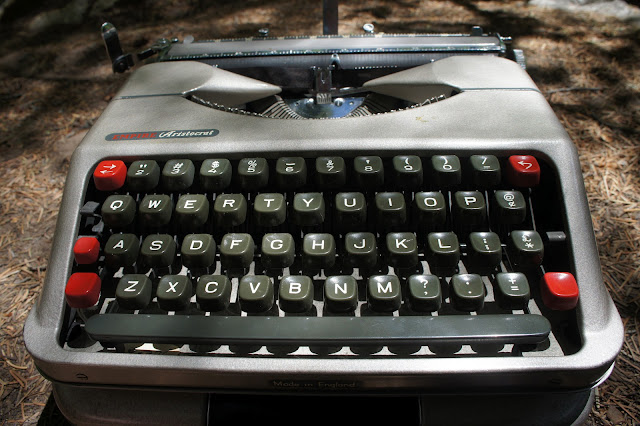 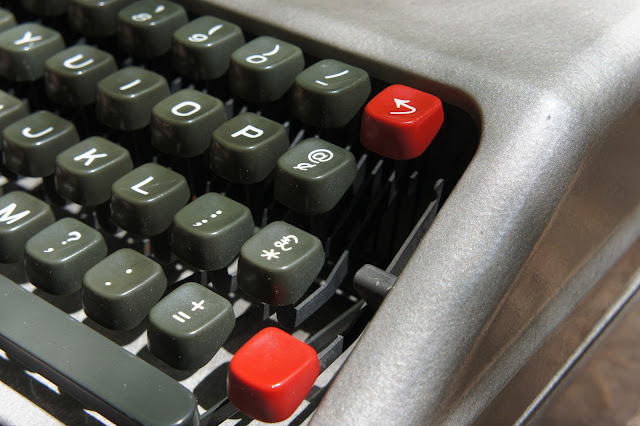 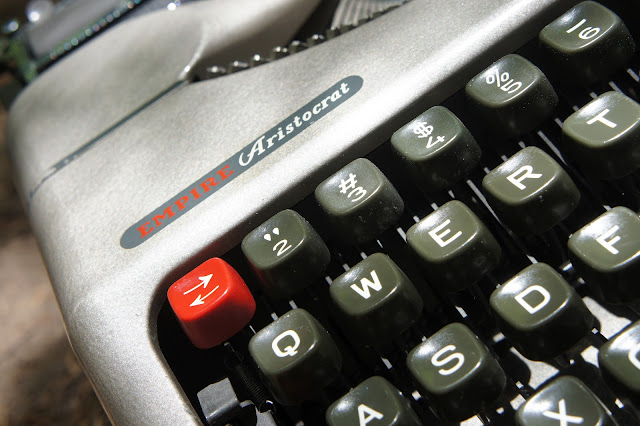 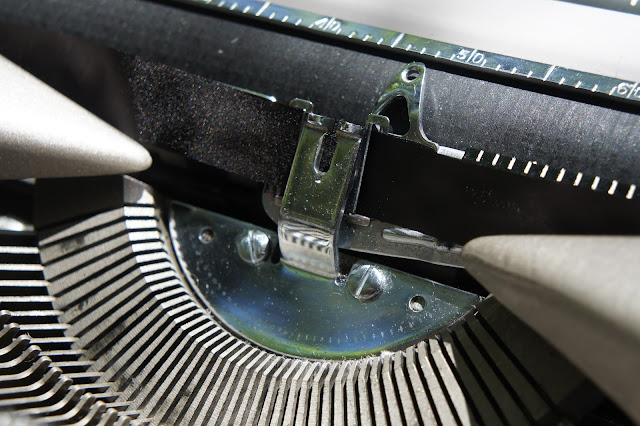