In The Birthday Blog Post From Space, I shared some images from a 1964 National Geographic magazine featuring the United States' plan for getting to the moon.  President John F. Kennedy proposed to Congress in May of 1961 that we should establish a national goal of "landing a man on the Moon and returning him safely to the Earth" by the end of the 1960s.

With this audacious goal in mind, we did indeed deliver Neil Armstrong and Buzz Aldrin to the Sea of Tranquility on this day in 1969.  In eight short years, the United States committed its resources to the mission and creation of new technologies and infrastructure.  In the process, we gained a whole generation of engineers and scientists.  To celebrate Apollo 11 day, I'm sharing a great bit of ephemera I found at a local antique mall:  NASA:  A Guide to Careers in Aero-Space Technology" revised in July, 1966. 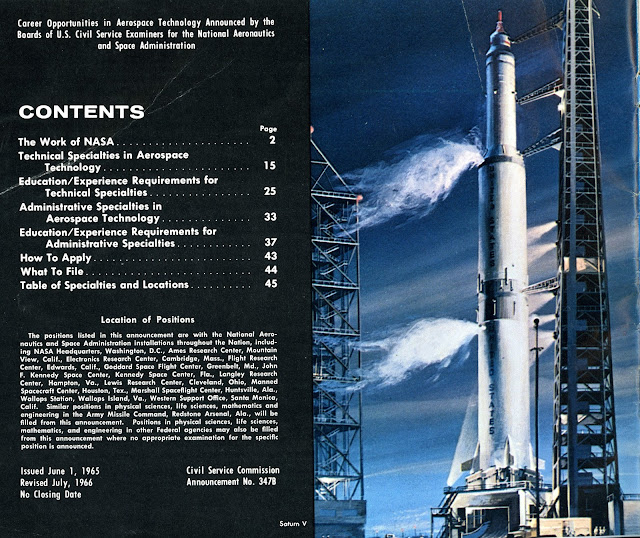 Our youngest daughter, the one who wants to go into engineering, was looking over my shoulder just now and commented on the first photo that it "looked like something promoting a job".  The expression on her face said "meh".   Marketing rockets and space travel is a whole lot easier than marketing math, science and engineering.

Still, with a shared vision, people can dream of working together to do something really great. 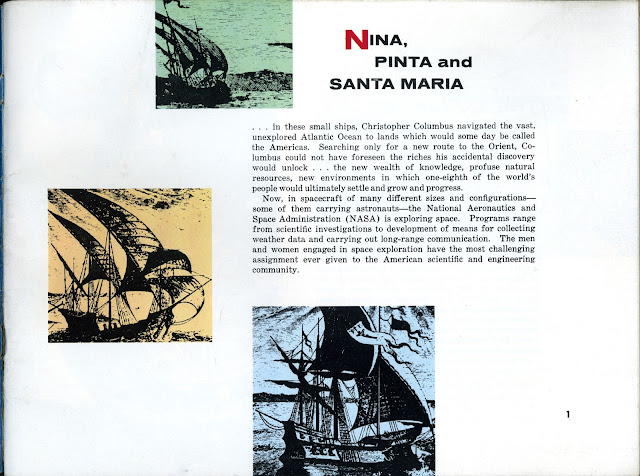 To put this 1966 publication in perspective, our first one man capsule made a 15-minute trip above Earth's atmosphere on May 5, 1961.  The rocket with lift capacity to reach the Moon was still a concept in 1966. 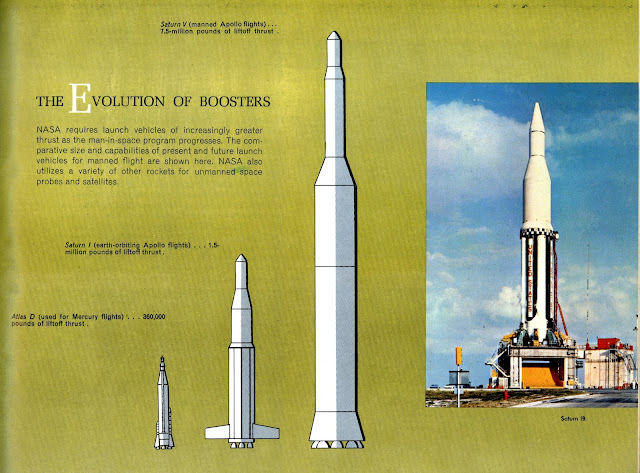 Basically, it took a lot of this... 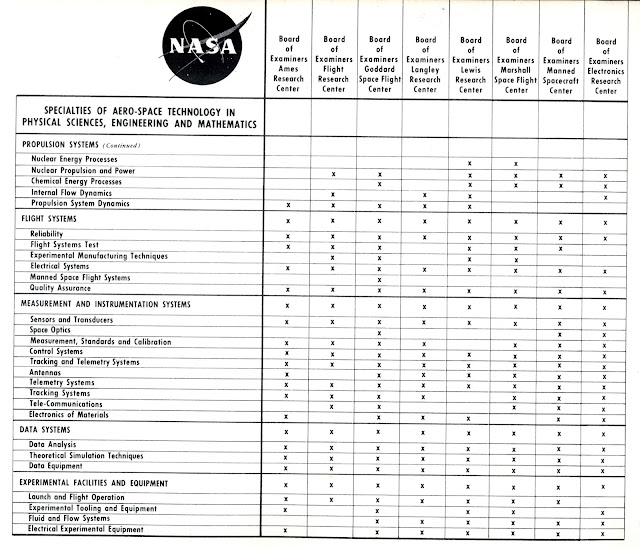 I grew up with the Apollo space program and have fond memories of watching the first lunar landing at the tender age of five and the final missions featuring the lunar buggy.  May your dreams of space be as pleasant.

P.S.  The House Full of Nerds celebrated Apollo 11 day by watching the Star Trek episode Assignment: Earth.  I'm pretty sure that Roberta Lincoln is using a computer controlled Royal Electress.  Please correct me if I missed the typewriter identification. 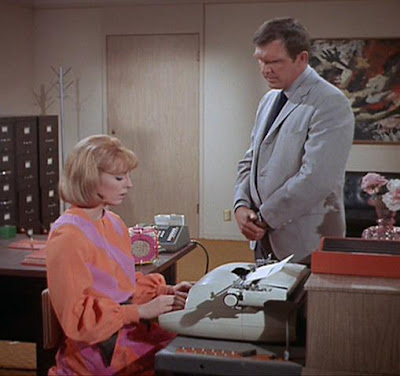