I've already posted a few teasers on my Google+ feed, but thought this might be of broader interest to the Typosphere. This machine is now almost ready for a proper photo session. It has been cleaned, lubed, adjusted and has a new ribbon in place and pads ready to install where the rotted, rubber feet once were.

It is a genuine rarity. How rare is it? Richard Polt doesn't own one. Until the reveal, here are a few teasers to whet your appetite.


And now for the truly puzzling evidence: the serial numbers on various part of the machine don't match. Hmmm....  By the way, it is much cleaner than when these photos were taken. It was well loved and loaded with eraser shavings. 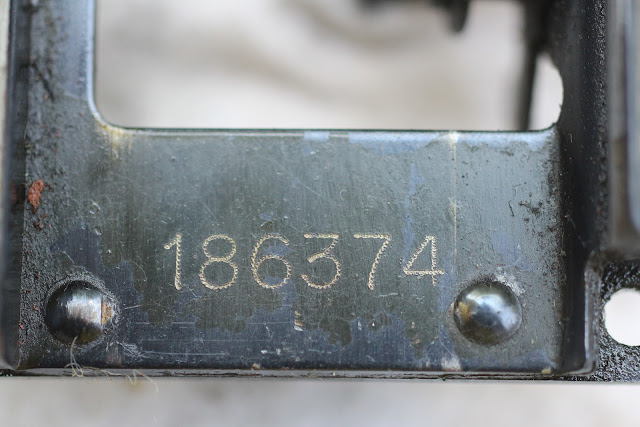 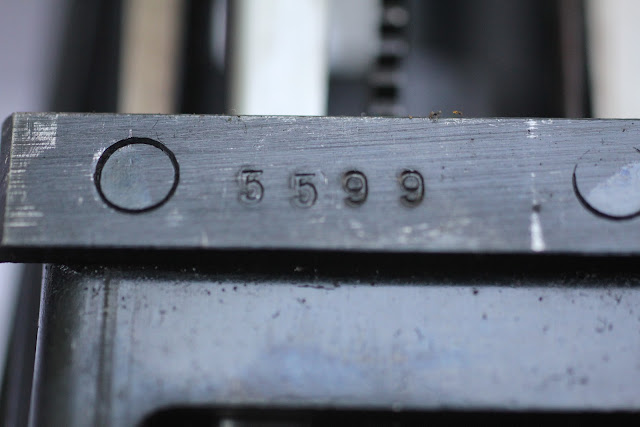 This is one of those situations where it paid off to be an insomniac. I checked Etsy as I was finally winding down late on Labor Day and hit the random jackpot.

Let the frenzied guessing begin! The answer, however, will not be revealed until the reveal. I'm cruel that way.
Posted by Dwayne F. at 12:49 PM