Z Man The Brain Car - About My Profile Photo

If you look really hard, you can find photos of me on the Interweb.  I'm on enough standards committees that this is inevitable.  Given a choice, I travel incognito.  As of this writing, my profile is a cryptic robot looking guy.  He goes by the name of Z Man The Brain and is one of the first, if not the first, programmable battery powered toys. 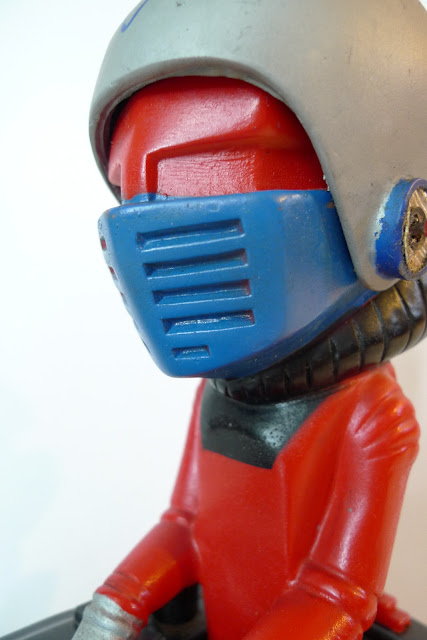 Who is this masked man?  He looks vaguely like some modern custom vinyl piece but also very retro.  Truth is, he's in love with his car. 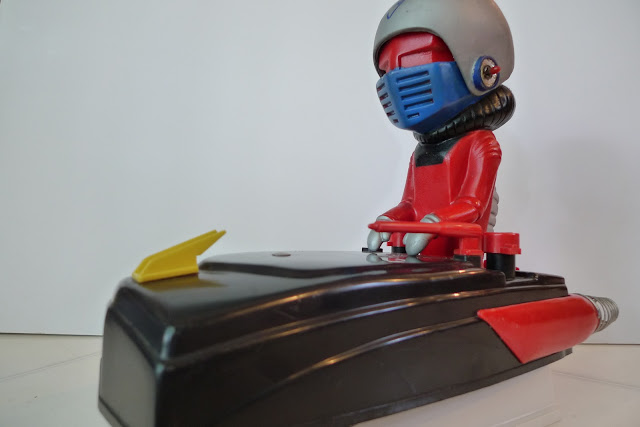 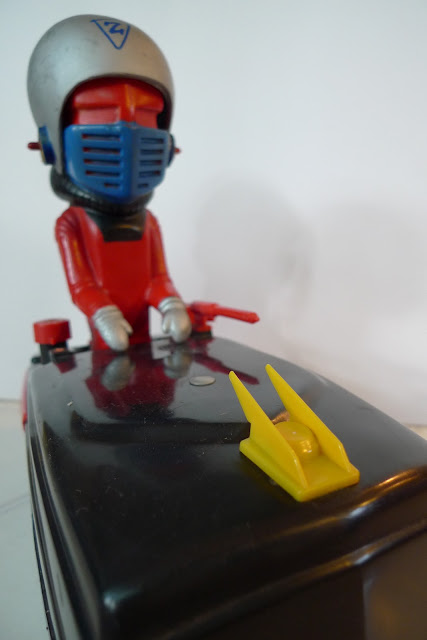 Mine is not a perfect example as he is missing missiles, tail lights and a motor.  However, he is a pretty rare, if obscure, toy.  A pristine one would cost more than a couple of really nice typewriters.  I like Z Man because he is different and not found in everyone's robot collection.

Z Man was produced around 1956 by a long defunct company.  One of the regulars on Alphadrome put together great information including the original patents.  Yes, patents.  Programmable toys were something new and different in 1956. 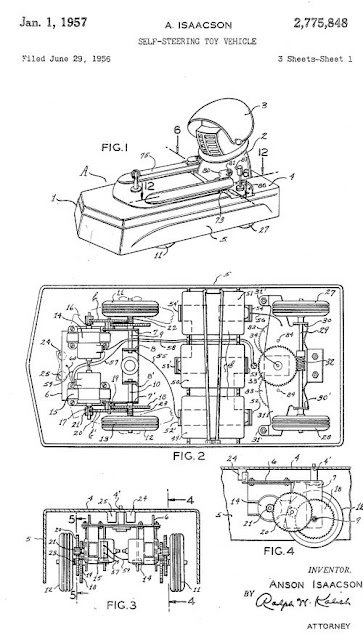 So, how did he work?  If you flip down his visor, you find this:
Simple binary - you move the switches in or out to define a turn. The disc spins and closes a connection. That is translated into running one of two front drive motors.  In that respect, he is similar to the Chevrolet Volt.
The whole system is somewhat recursive.  The front drive motors move it along and the rear wheels operate a timing gear that spins the disc to send power to the front wheels.  Repurposing another motor to get this running is on my long to do list. 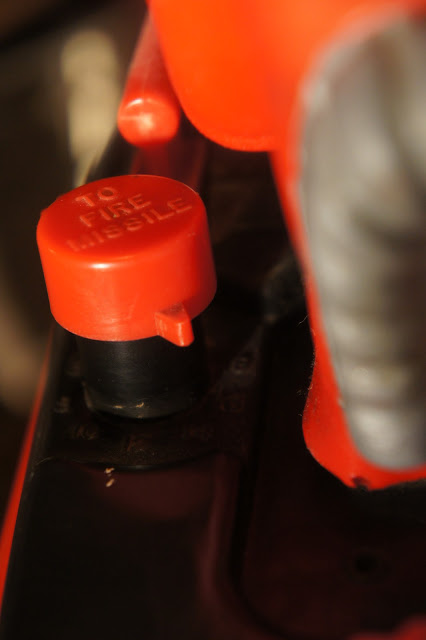 This toy came in several variations, primarily with different front end grill treatments.  Based on the fact that mine looks like the patent drawing (no grill) I would guess he is from an early production run.  Z Man is very much a product of the Space Age and is a valuable part of the household robot and space toy population.