A Tuner's Demise - End of an Interesting Week 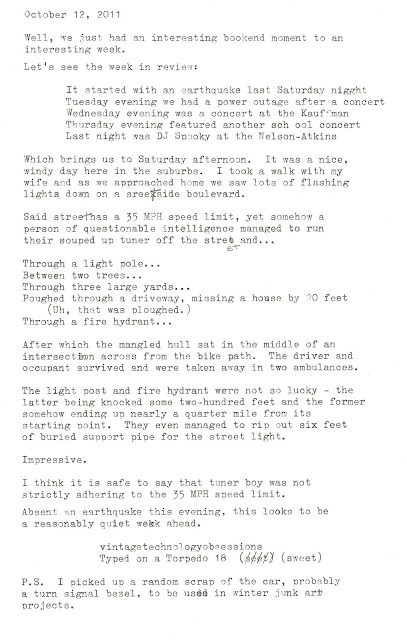 And here is the tuner in question.  Nope, not gonna terrorize our neighborhood with this car, again. 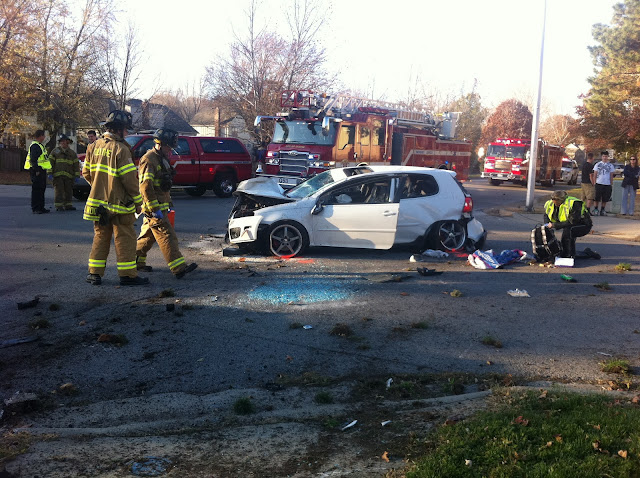 Any guesses as to what they will have found in that backpack?

The Torpedo 18 just came out of a box the other day and will need a proper introduction at some time in the future.  Except for the normal typeface, it is officially my favorite typing machine.  I haven't cleaned or lubed it - totally awesome after coming out of someone's closet after several decades.

This actually started as a single post through Tuesday typed with the assistance of Olympia! during a power outage.  I gave up on marking errors as there were simply too many due to typing in the dark. 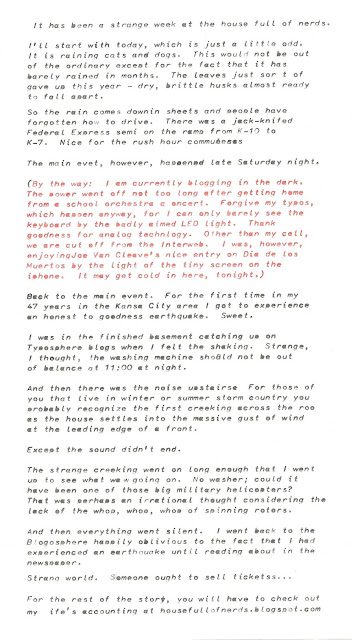 If you have read this far, you have seen a teaser for my wife's blog.  She is just getting into the routine and most likely will not type her blog (thus not on the Typosphere), so give her some love if you get a chance at:
http://housefullofnerds.blogspot.com/
Posted by Dwayne F. at 2:00 PM